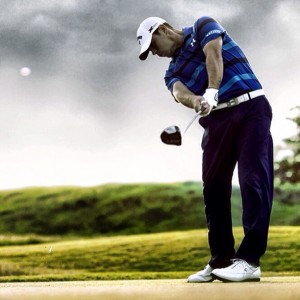 “It’s been an exciting off-season for Callaway Golf — we’ve brought on board exceptional golf talent and great personalities,” said Nick Raffaele, VP, Global Sports Marketing, Callaway Golf. “These young players feel the energy here at Callaway, and they have been thrilled with the performance of the new equipment.”

Known for his athletic background, strength, enormous drives and winning track record, Woodland is healthy and focused as he heads into the season. Woodland burst onto the PGA scene in 2011 when he earned his first career win at theTransitions Championship. He ranked second on Tour last year in both clubhead speed and ball speed, and his 450-yard poke at the Hyundai Tournament of Champions was the biggest PGA drive of 2012. Follow Woodland on Twitter: @GaryWoodland

Callaway signed 21-year-old Japanese star Ryo Ishikawa to a multi-year contract. Ishikawa turned professional in 2008, dominated the Japanese Tour with four wins in 2009 and that same year became the youngest golfer to ever reach the top 50 on the Official World Golf Rankings. Ryo joins Callaway as a full staff professional and plans to play more tournaments on the PGA Tour in 2013. He will play the Company’s new RAZR Fit Xtreme Driver, the X Forged Irons and use the Odyssey putters he has relied on throughout his career.

Nicolas Colsaerts consistently hits some of the biggest tee shots in golf – just look at his 318.6 yard average on the European Tour last year. Colsaerts’ stellar 2012 season was capped by an incredible performance at the Ryder Cup, where he played one match in 10-under. The new Callaway staffer posted ten top-10s and won the Volvo World Match Play Championship last year. Follow Colsaerts on Twitter at @Coelsss

Chris Kirk fits the modern Tour player profile with his tall frame, huge drives and eye-opening consistency. He picked up his first win at the 2011 Viking Classic, and, still just 27-years-old, comes to Callaway as a proven veteran who is ready to break out as one of the Tour’s stars. He has already posted a Top 5 finish in 2013 propelled by the new Callaway X Forged Irons. Follow Kirk onTwitter: @Chris_Kirk_

Destined to be a fan favorite this year, Gonzales has the charisma and the game thatgolfers are drawn to. Gonzales earned his PGA Tour card through the Web.comTour last year, where he won the Soboba Golf Classic and finished 14th on the final money list.  Self-proclaimed “Half man, half amazing,” Gonzales is enjoying his new Callaway tools; on January 3, he tweeted, “Callaway just launched the X-Hot line today. I tried the driver and 3-wood and they are instantly in the bag. #xhotgoesfar.” Follow Gonzales on Twitter at @Andres_Gonzales

James Hahn is long off the tee and has the all-around game to compete on the PGA Tour right away. He won on the Web.com Tour last year at The Rex Hospital Open, posted two runner-up finishes and averaged over 300 yards per drive. He canputt, bust out long drives, attack pins and run up birdies in a hurry. Follow Hahn on Twitter: @jameshahnPGA

Jackson, Michigan native Brian Stuard finished 20th on the final Web.com money list and earned his Tour card for 2013. The 30-year-old has the perfect combination of youth and experience after previously playing on the PGA Tour.

At 6’5″ and 230 lbs, it’s no surprise that Bobby Gates is one of the longest hitters on any Tour. He averaged over 300 yards per drive in 2012 and then earned his PGA Tour card through Q School. Follow Bobby Gates on Twitter: @BobbyGatesGolf

In addition, two exciting current staffers and Web.com graduates, Luke List and Aaron Watkins, will represent Team Callaway on the PGA Tour in 2013. Both relied on Callaway equipment in prior years to propel them to the Tour.

Luke List led all six professional worldwide tours in average drivingdistance last year (at a whopping 324 yards) with his Callaway driver. After posting a win at the South Georgia Classic and three runner-up finishes on the Web.com Tour in 2012, List finished 4th on the money list and earned his PGA Tour card. He is a dynamic personality on and off the course and is alreadyprominently featured in several Callaway ads for 2013. Follow List on Twitter: @SirDoubleL

Aaron Watkins earned four Top 10 finishes on the Web.com Tour in 2012, ranking 39th on the money list. He’s headed to the PGA Tour on the heels of an incredible performance at Q School. The Mesa, Arizona resident played his college golf at Kansas State before turning pro in 2004. Aaron played on the PGA Tour in 2009, where he recorded a T7 finish at the Zurich Classic of New Orleans. Follow Watkins at @adubwatkins