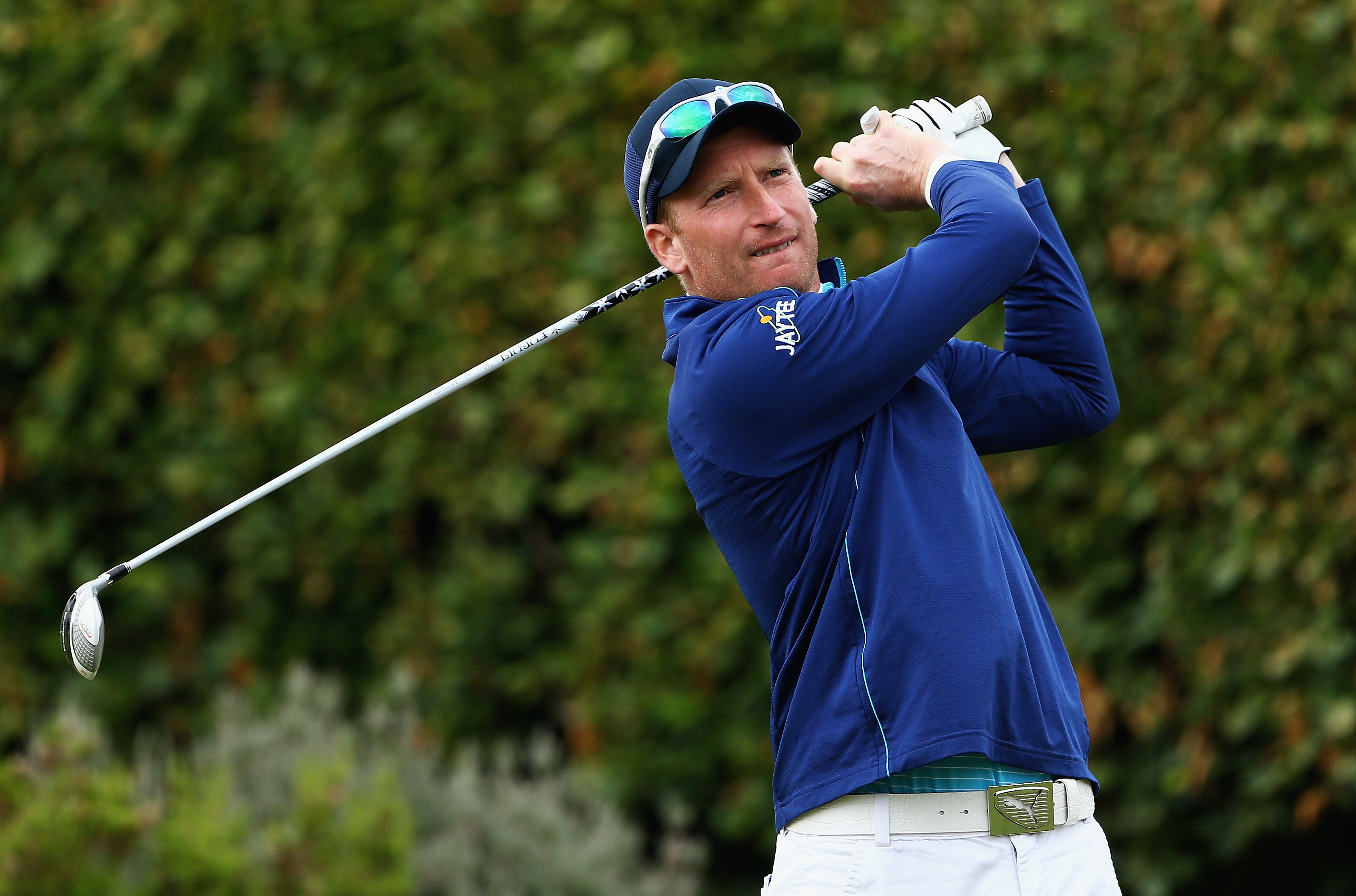 2 July 2013, Gullane, Scotland: Kent’s Steven Tiley, who made a name for himself at St Andrews three years ago, will be back in The Open at Muirfield in a fortnight – but Colin Montgomerie has failed to earn himself a return to the course where he had such a rollercoaster ride 11 years ago.

Tiley totally dominated the rest of the field in today’s 36-hole Local Final Qualifying (LFQ) event at The Musselburgh, handing in scores of 64 and 69 to win by three from Scot Lloyd Saltman and Tyrrell Hatton on 9-under-par.

The Canterbury-born professional was in a tie for third place after his opening 66 at the Home of Golf in 2010, although the round was overshadowed by Rory McIlroy’s Major Championship record-equalling 63 the same day.

“I have never played Muirfield, so it’s nice to know that I’m into The Open and for me it’s easily the best Championship in the world,” said Tiley, who also appeared in the event in 2004 and last year. “I have grown up playing links golf and it was just good to give myself a great chance with that 64 this morning.

“Then this afternoon I started with birdies at the first two holes. I did drop a few shots, but really I did nothing too silly and it was all just a matter of staying alive. I’m competing in a Challenge Tour event in Switzerland next week and it’s going to be nice knowing my next event after that will be The Open.”

Montgomerie, who made his Champions Tour debut in America last week, was among 72 players at Gullane trying for three places in golf’s oldest Major Championship. Followed by large crowds throughout, he was leading at 5-under after 12 holes but had to be content with an opening 2-under-par 69 which was still good enough for a share of third spot but he could only follow it up with a 76 to miss by four strokes.

“I threw it away – never mind,” said the 50-year-old eight-time European Tour number one. “It’s not my schedule. I just played badly this afternoon. I didn’t get going at all. It’s very disappointing after being 5-under.”

Montgomerie was two off the lead after a second round 64 at Muirfield in 2002, but followed that with a nightmare 84 on the same day that Tiger Woods’s hopes of winning the first three Majors of the season ended with an 81.

Normally Montgomerie would have further chances to qualify through the French and Scottish Opens, but he is not going to Paris this week and is crossing the Atlantic again next week for the US Senior Open rather than playing at Castle Stuart.

Mark James, the other former Ryder Cup captain in the field and now only three months from his 60th birthday, was also competing at Gullane No 1, but with rounds of 72 and 76 finished 6-over-par, seven shots too many.

Saltman was leading amateur at The Open in St Andrews in 2005 and his back-to-back rounds of 68 ensured him another start in the Championship, but his brothers Elliot and Zack failed to make it through at Dunbar and Gullane respectively. Saltman shared second place with fellow Challenge Tour player Hatton, who qualified as an amateur three years ago.

At Dunbar, local player Grant Forrest shot 67 and 65 for an 8-under-par aggregate and was joined in The Open field by Indian Shiv Kapur and Australian John Wade, who finished a stroke behind. Now the 20-year-old from Craigielaw can look forward to his first Open.

“I played very solid,” said Forrest, who has just finished his first year at the University of San Diego and will be representing his country in next week’s European Team Championship in Denmark. “I think I had four or five putts lip out of the hole, but I did have a huge piece of luck at the 17th where I chunked a chip. It hit the concrete path over the burn, but bounced into a bunker and I got up-and down from there.

“I would have to admit that I was getting nervous by that point, but I managed to birdie the last, which was a bit of a relief. I still can’t believe I have made it to Muirfield. It was my first attempt at qualifying, so I didn’t really know what to expect – it’s a great feeling to get through.”

Kapur commented: “I wanted to try to qualify on a links course because I think that’s the proper way to do it. It was the first time I had played a links course since this time last year, so it was all a bit strange to start with, but I soon got the hang of things again. I played beautifully this afternoon.”

Wade is a club professional based at the Commonwealth Golf Club in Melbourne and elected to take a holiday to play. “This is a dream come true,” said the 45-year-old. “I love it in this part of the world, so thought I would come over and try to qualify. I played The Open once before at St Andrews in 2005, but missed the cut by miles. It was a great experience, though – it was Jack Nicklaus’s last Open and the atmosphere was incredible.”

There were also amateur winners at Gullane and North Berwick. In the former England international Ben Stow, from Salisbury, had rounds of 72 and 68 for a 2-under-par total that pushed Sheffield’s 18-year-old Matthew Fitzpatrick, last year’s Boys’ Amateur champion, and Swede Oscar Floren into second place.

Devon’s Jimmy Mullen finished at the head of affairs at North Berwick, a closing birdie for a second successive 68 putting him at 6-under-par and sending professionals David Higgins, Gareth Wright and George Murray into a play-off for the last two spots. But the play-off ended disastrously for Higgins at the first hole when he discovered he had 15 clubs in his bag and was penalised two shots. Wright made a 10-foot birdie putt there and Murray joined him with a par. The Fifer, who finished in a tie for third at the 2011 Alfred Dunhill Links Championship, was delighted: “Obviously it’s magic to play in The Open and I’m really excited. I do feel bad about what happened to David, but he was totally honest and came straight out with it when he realised his mistake.”

The full results from LFQ are available at TheOpen.com.