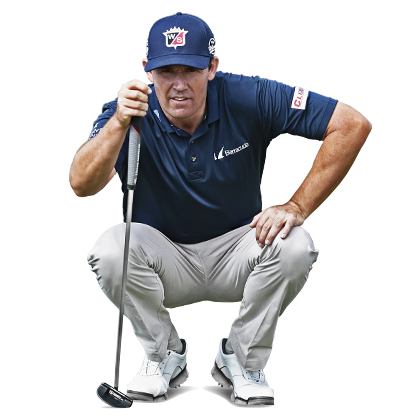 Harrington, who has added three majors to Wilson Staff’s total 61 major win count, finished even par in the final round and 16-under for the week. He credits his success to improved performance on the greens.

The Infinite putter line, featuring counterbalanced technology to prompt a more controlled and stable putting stroke, features six classic head shapes with refined detailing and oversized grips. Each model is named after a famous Chicago landmark or neighborhood, and Harrington plays the center-shafted “South Side” putter

“Recently my putting has brought a lot of confidence to my game overall,” commented Harrington. “Thanks to the Wilson Staff Infinite putter, which I switched to in August, I feel more comfortable on the greens, which in turn takes the pressure off approach shots and chipping.”

Solid iron and wedge play also contributed to Harrington’s victory. His Wilson Staff FG Tour V4 utility iron, an addition to the FG Tour line of equipment that becomes available in January, guided him off the tee and from long fairways where wind conditions required it.

“We’re very excited for Padraig’s twenty-ninth international victory,” commented Tim Clarke, President of Wilson Golf. “He continues to remain an influential figure in the global golf arena, and we predict great things from him in 2015 based on the momentum he is building.”