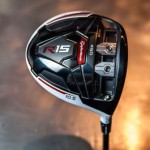 Basingstoke (HANTS) January 19, 2015 – TaylorMade Golf Company, renowned for innovations in performance-enhancing golf equipment, led the way with its revolutionary R15 Driver at the Abu Dhabi HSBC Championship claiming No.1 Driver model* in its first week on the European Tour.

With just two days of fitting before the event, almost twenty players trusted the R15 Driver and immediately put the club in play; a resounding success for R15 in its first week on Tour. After 14 consecutive years of #1 Driver on the European Tour for TaylorMade Golf, this dominant start reaffirms the brands belief that 2015 will be one of great success on Tour.

The reaction to R15 from TaylorMade staff professionals has been exceptional. Read below just some of the feedback from the range during the Abu Dhabi HSBC Championship:

Justin Rose was one of the first players to put the R15 Driver into play after testing the club at the end of last year.

Dawie Van Der Walt: “The R15 is definitely staying in the air longer… and feels like it’s going further too!” (trackman showed he was 7 yards longer)

Justin Rose: “The Driver is Awesome!!!”

The immediate success of the R15 model, also helped TaylorMade secure the #1 Driver brand* at the Abu Dhabi HSBC Championship, with Ryder Cup stars Justin Rose, Martin Kaymer and Jamie Donaldson all using TaylorMade drivers on their way to securing a Top 15 finish.