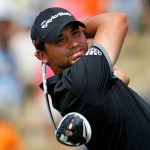 · Day’s win is the seventeenth for TaylorMade drivers in the full calendar ‘14-15 PGA TOUR season. Jason plays his R15 460 driver at 10.5* (set to lower) with a Mitsubishi Rayon Kuro Kage Silver TiNi 70x shaft. He has his weights centered for maximum distance, and averaged over 305 yards off the tee during the tournament.

· With 57 drivers in play (36.3% of the field), TaylorMade was the #1 driver brand at the PGA Championship for the 15th consecutive year.*

· Day’s victory is the fifth for TaylorMade’s Tour Preferred EF wedge. He recently switched to a 47*, 52* & 60* combination in the Tour Grind after previously playing the ATV Grind. He also carries a 47* RSi TP PW, which is de-lofted 2.5-3 degrees; all of Day’s RSi irons are also bent strong.

· After playing the RSi 2 into the season’s first major, Day switched into the RSi TP irons, which he currently has shafted with True Temper’s Dynamic Gold X7 shafts.

· Day plays the Tour Preferred X golf ball with the number 87 (the year he was born) and a kangaroo stamp paying homage to his Australian roots.