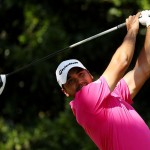 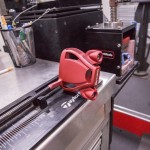 In winning the 2016 THE PLAYERS Championship, world no.1 Jason Day joins four other players to win THE PLAYERS, a Major and a WGC in their career.

What you need to know:

Day plays a 10.5* M1 460 that plays to 9.5* with a MRC Kuro Kage TiNi 70X shaft tipped 1″, the same driver he’s played since last year’s BMW Championship
Day went wire-to-wire at THE PLAYERS, following an opening 63 (-9) which equalled the course record

This is his 10th PGA TOUR win and 7th in his last 17 starts since the 2015 RBC Canadian Open
Jason has now won eight times since the start of the 2013-14 PGA Tour season – the most of any PGA Tour player in that timeframe
Day rotates between a UDI, RSi TP and RSi 2 2-iron. This week he played the RSi2 2-iron, which is shafted with the same irons he plays in his RSi TP irons (DG X7)
Day plays a combination of TaylorMade’s new Tour Preferred Satin Chrome EF wedges. While his lofts vary from tournament to tournament, at Austin CC he played a 47* in the Tour Grind and 52* & 58* in ATV grind with True Temper DG Tour Issue S400 shafts.