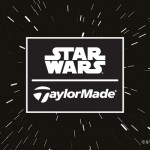 BASINGSTOKE, Hants. (23rd June, 2016) – TaylorMade-adidas Golf Company, manufacturers of the No. 1 Driver in golf is proud to announce its global golf merchandise license agreement with Disney, to include the Star WarsTM franchise.

The launch of the TaylorMade Golf range which features iconic characters and branding synonymous with Stars Wars, one of the highest-grossing series of all time, ensures that avid Star Wars fans around the world will be able to show their support on and off the golf course.

On the collaboration, Jason Howarth, Category Director, TaylorMade-adidas Golf EMEA, said, “As a company we are incredibly excited to be working with Disney. We know that there are thousands of golfers out there who are massive Star Wars fans, and to be able to collaborate with such an iconic brand to create this range of bespoke merchandise is a fantastic opportunity. We’re greatly looking forward to working more closely with the team at Disney to further build the relationship between the brands.”

The Star Wars product range will include Star Wars branded golf balls, headcovers, umbrellas, divot tools, gloves, tees and valuables pouches, all in bespoke packaging with an RRP ranging from £9.99 to £39.99. Available at retail mid-November 2016.