Sunday’s final round at the Masters paired two friends, two fierce competitors and two vastly different story lines; Justin Rose looking to add a second major championship to his already-decorated resume and stablemate Sergio Garcia, searching for the elusive first of his career. When it was all said and done, it was Sergio Garcia who withstood the pressure, defeating Rose in a thrilling playoff at Augusta National. 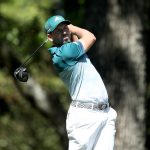 AUGUSTA, GA – APRIL 09: Sergio Garcia of Spain plays his shot from the second tee during the final round of the 2017 Masters Tournament at Augusta National Golf Club on April 9, 2017 in Augusta, Georgia. (Photo by David Cannon/Getty Images) 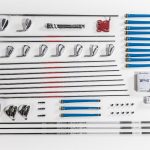