BASINGSTOKE, Hants. (May 18, 2021) – TaylorMade Golf Company adds to its impressive roster of talent with the addition of Sergio Garcia, a Ryder Cup hero and winner of 36 professional events worldwide.

After spending 15 years as a member of Team TaylorMade (2003-18), Garcia rejoins the company that helped propel him to many of his most significant on-course accomplishments, including the 2008 Players Championship and 2017 Masters. At the age of 41, Garcia remains one of the game’s premier ball strikers and most recognisable figures.

The opportunity to reunite with Sergio is one we couldn’t let pass by. Over the course of nearly two decades, we’ve built a deep connection and familiarity. He understands the history of our brand, the performance of our products and who we are as a people. We truly welcome his return to Team TaylorMade.

The bond between Garcia and TaylorMade goes well beyond a logo on a hat. He was integral to the brand’s development of a premium-performance golf ball, as his feedback helped shape the Tour Preferred franchise. At the 2006 Masters, Garcia became the first Tour professional to play the TP Red in competition. Coming full circle, he was also one of the first players to tee up the all-new 2021 TP5x golf ball at the professional level – choosing to do so as an un-contracted player.

Some of my fondest on-course memories have come with a TaylorMade club in my hands and a TaylorMade golf ball on the tee. I am excited about the future, especially with the Olympics and Ryder Cup on the horizon, and I know that TaylorMade will help me achieve the absolute best possible results. I’ve always been comfortable with their team, their approach to the game and their equipment, especially their golf ball. I couldn’t be more excited to rejoin a group I consider family. 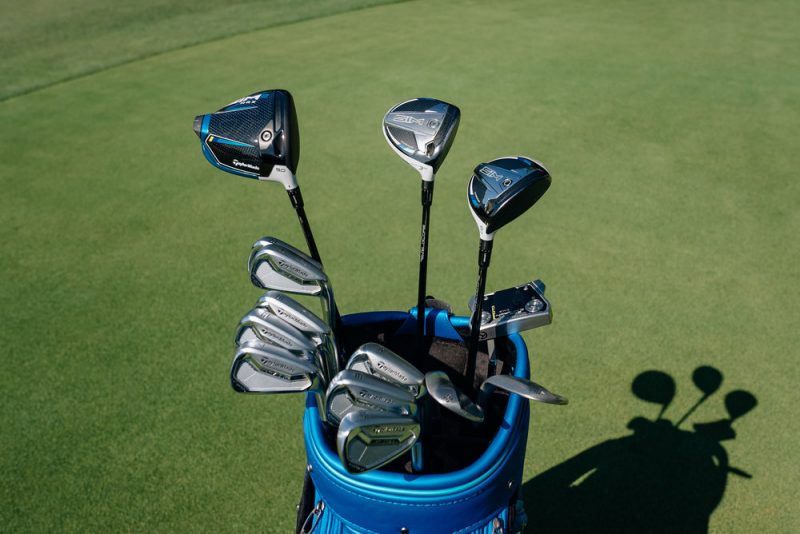 Within the new partnership, Garcia will play TaylorMade clubs, the TP5X golf ball, wear a TaylorMade glove and carry a TaylorMade golf bag starting this week at the PGA Championship. Here’s a current look at what’s in Garcia’s bag:

SIM2 Max 9.0° Driver
SIM Rocket 14.5° 3wd
SIM 19° 5wd
P•750 Irons (3-PW)
2021 TP5x Golf Ball #85
Sergio Garcia returns to Team TaylorMade
20 of his 36 worldwide wins have been with TaylorMade equipment, including 2008 Players and 2017 Masters
Garcia was the first player globally to play 2021 TP5x in competition
The agreement begins at the 2021 PGA Championship
Sergio holds the points scoring record for Team Europe in the Ryder Cup with 25.5 total points in nine matches
Garcia will play TaylorMade clubs, golf ball, glove and carry the bag
This is Garcia’s second stint with TaylorMade, the first lasting 15 years
Garcia’s first professional victory came at the 1999 Irish Open and his first PGA TOUR victory came at the 2001 Mastercard Colonial in Texas
Garcia’s last PGA TOUR victory came in October 2020 at the Sanderson Farms Championship and he has now won on the PGA TOUR in three separate decades
Sergio is currently ranked 46 in the OWGR